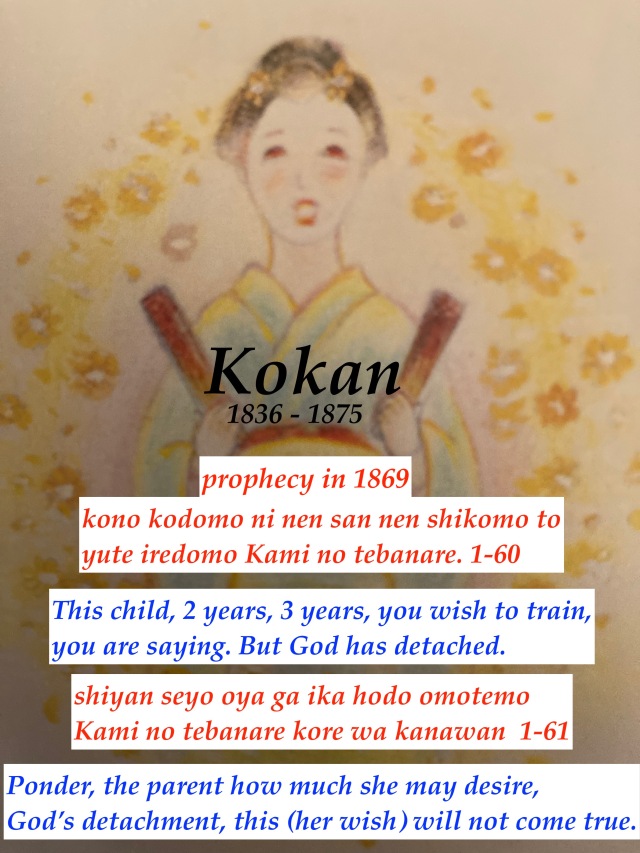 Ponder, the parent how much she may desire,

On September 27, Kokan passed away for rebirth at the age of 39. On being notified, Oyasama returned to the Residence by rickshaw. She went straight to her bedside, stroking her lifeless body and said, “What a pity! Come back soon.”

A fundamentalist in the translation and interpretation of the Book of Prophecy (Ofudesaki), as it relates to the world today and in the future.
View all posts by heaventruth →
This entry was posted in Scripture From Heaven, The origin of suffering is from the mind, Understanding the heart to understand why we suffer and tagged causality, God, heart, karma, reincarnation, soul. Bookmark the permalink.